Here’s how I’ve played it so far:

The beauty of this squad is that you could build it a number of ways. You could drop Sabine on Jan, the bombs on both her and Miranda and add a Twin Laser Turret and Chewbacca crew on Miranda, while opting for Long Range Scanners on Miranda so that you don’t need to bank focus tokens before you engage in combat. Personally, I prefer slow-playing and banking focus with Ray, but I could see the merit of having the additional regen of Crewbacca.

Additionally, the 20 point Green Squadron pilot is the best ship I could find in that point range, but depending on how you build out Miranda/Jan, you could find room for something like Biggs, or a TLT Y-Wing- both good options.

Anything that relies on an evade token is going to just melt at the power of a 6-die homing missile. That’s one of the last things Soontir Fell wants to see across the table. Try the list- it’s a lot of fun when it works as it’s supposed to and depending on your meta you can change it up to work for you. 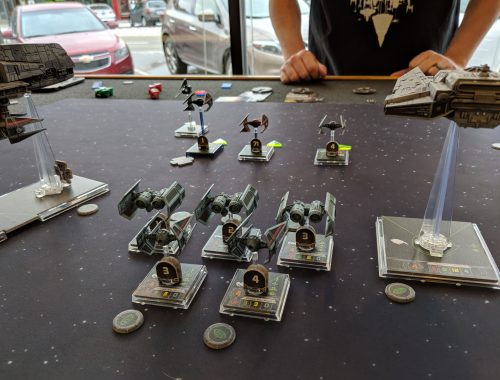