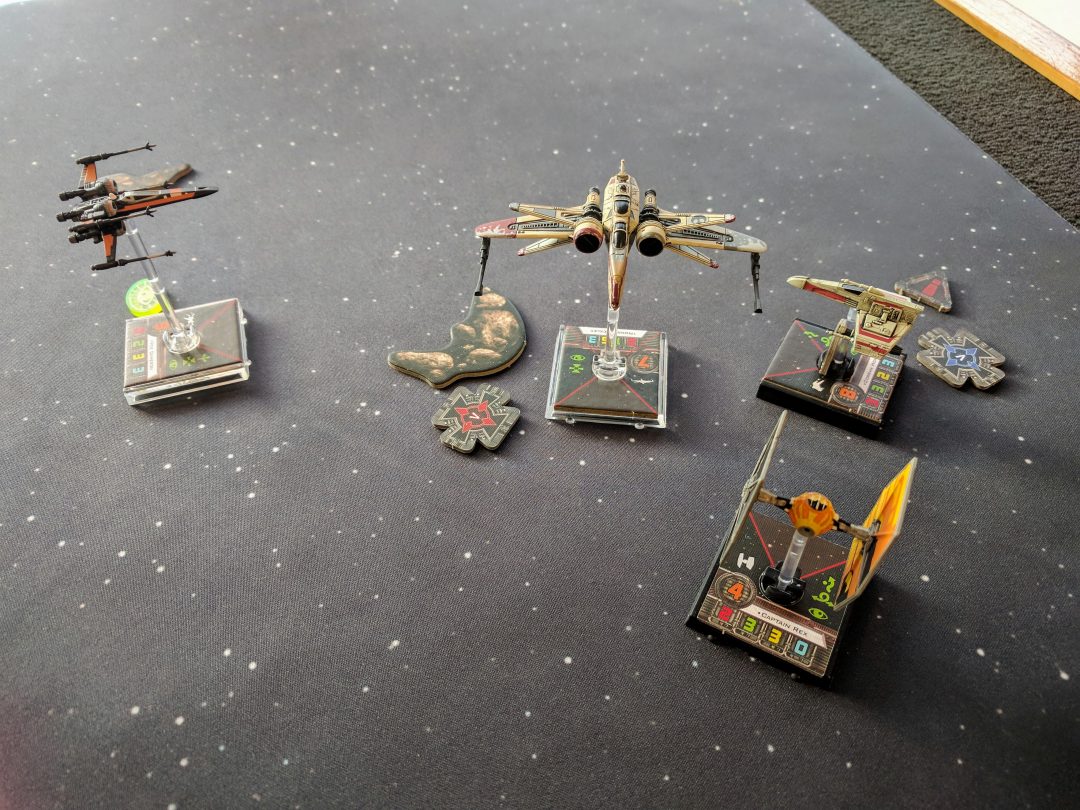 As more and more people are experiencing the joy that is Star Wars X-Wing Miniatures, people constantly ask us, “what ships should I buy first?” Fortunately, there are multiple competitive X-Wing Squads you can build for under $200 MSRP that are at least competitively playable in the current environment and, as I suspect, most of these squads will stay viable for quite some time. This is not a comprehensive article, however. There are many different great purchasing paths to success in X-Wing, and these are just a few. Also, most of these purchasing options will not include every card that makes your list super competitive, but they are a great start and, with enough practice they can all pretty good. I would highly recommend that you first get into X-Wing, however, you either do some research yourself with articles such as this, podcasts, or simply take advice from friends. Anyways, on to the suggestions!

First up we have probably the most competitive option in the game for $100 or less. Four of these little guys with Twin Laser Turret and the obligatory Lightweight Frame is only $60 MSRP, and as a a few players have proven in rather large tournaments, this can be a very effective list. Yes, it’s going to have some bad matchups compared to something like certain Rebel lists out there; a good alpha strike list could theoretically wipe a Sienar off the board before it even shoots, but not super likely. You’re not getting a lot of variety or list-building options here, but with a lot of practice, this is one of the most competitive options in this article. Total cost (including a Core Set) is only $100 MSRP, and that’s insane for the amount of enjoyable reps you could get out of these puppies, and that’s not even assuming you play with the TIE Fighters in the Core Set.

Between Imperial Veterans, and two additional TIE Defender expansion packs, you could easily do two TIE/x7’s and one TIE/D Defender. Not saying this is the most competitive list, especially right now in the current metagame, but I do think it’s worth mentioning. For $130 w/ the Core Set there is some serious value here, especially considering you have two other TIE F/O‘s in the Core Set and the TIE Bomber in Imperial Veterans you can play around with. 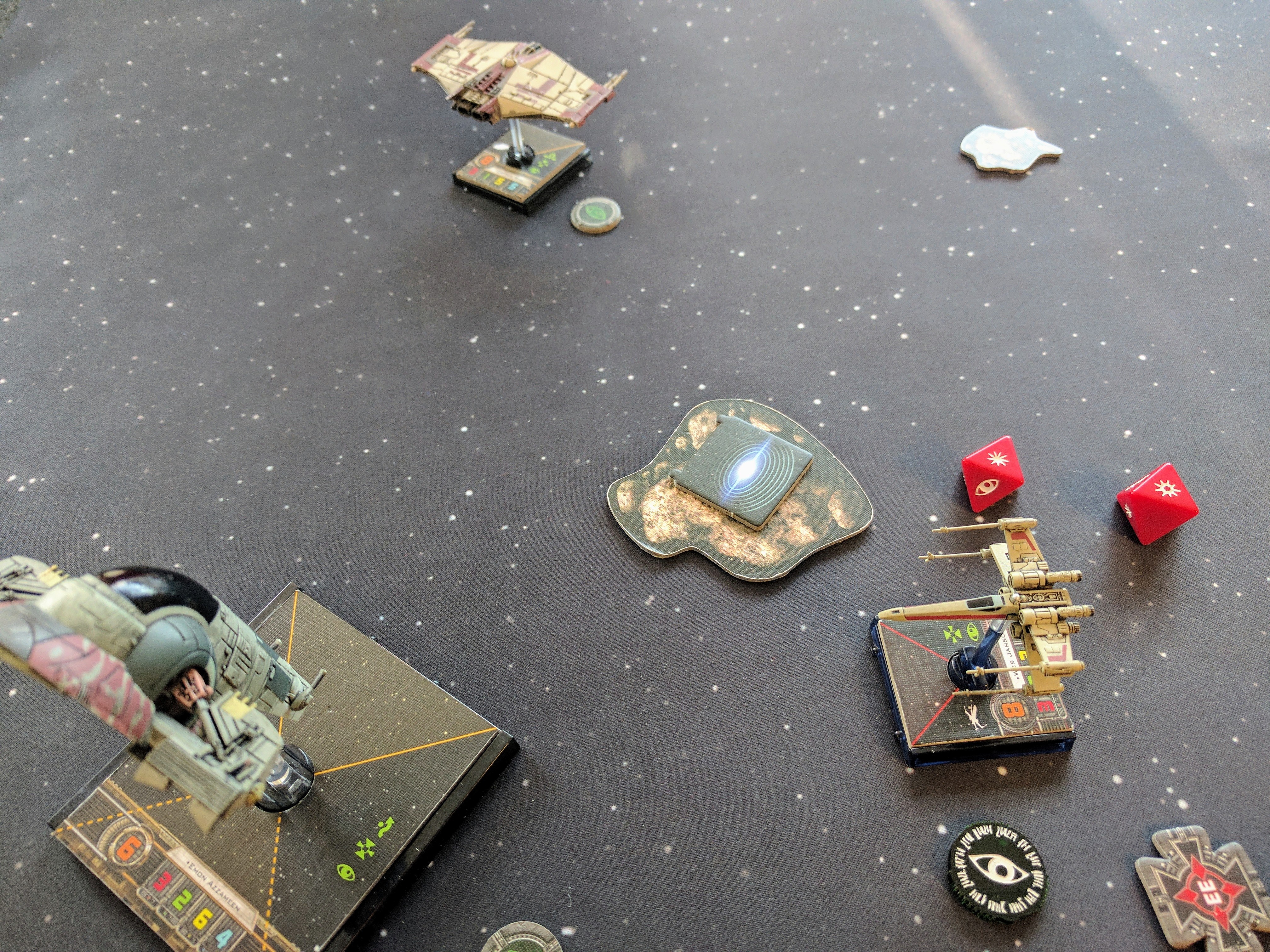 This is arguably one of the least competitive options on the list. However, there are multiple options at this point for a squad with three Scum aces. Picking up the following items, and you’re still at only $105 MSRP. This gives you tons of options to fly Scum right out of the gate and, with enough reps, there are a bunch of Tier 2 options (just competitive enough). That $105 price for all these gives you plenty or room to pick up some other packs, such as an A-Wing or Imperial Aces expansion pack for a copy of Push the Limit. My personal favorite option of these is Fenn Rau, Guri, and Talonbane Cobra or other cheaper K-Fighter pilot. The new Kimogilia adds some fun options as well. There are some great options here for someone looking to start with Scum.

If you want to run large-base Scum ships, here’s a great entry package for you. After the Core Set, pick up the YV-666, then the Shadow Caster, and IG-2000 packs. That gives you a couple decent options and that’s only $130 MSRP! You even get a couple really great upgrade cards out of those three ship pack, including Veteran Instincts and Feedback Array! 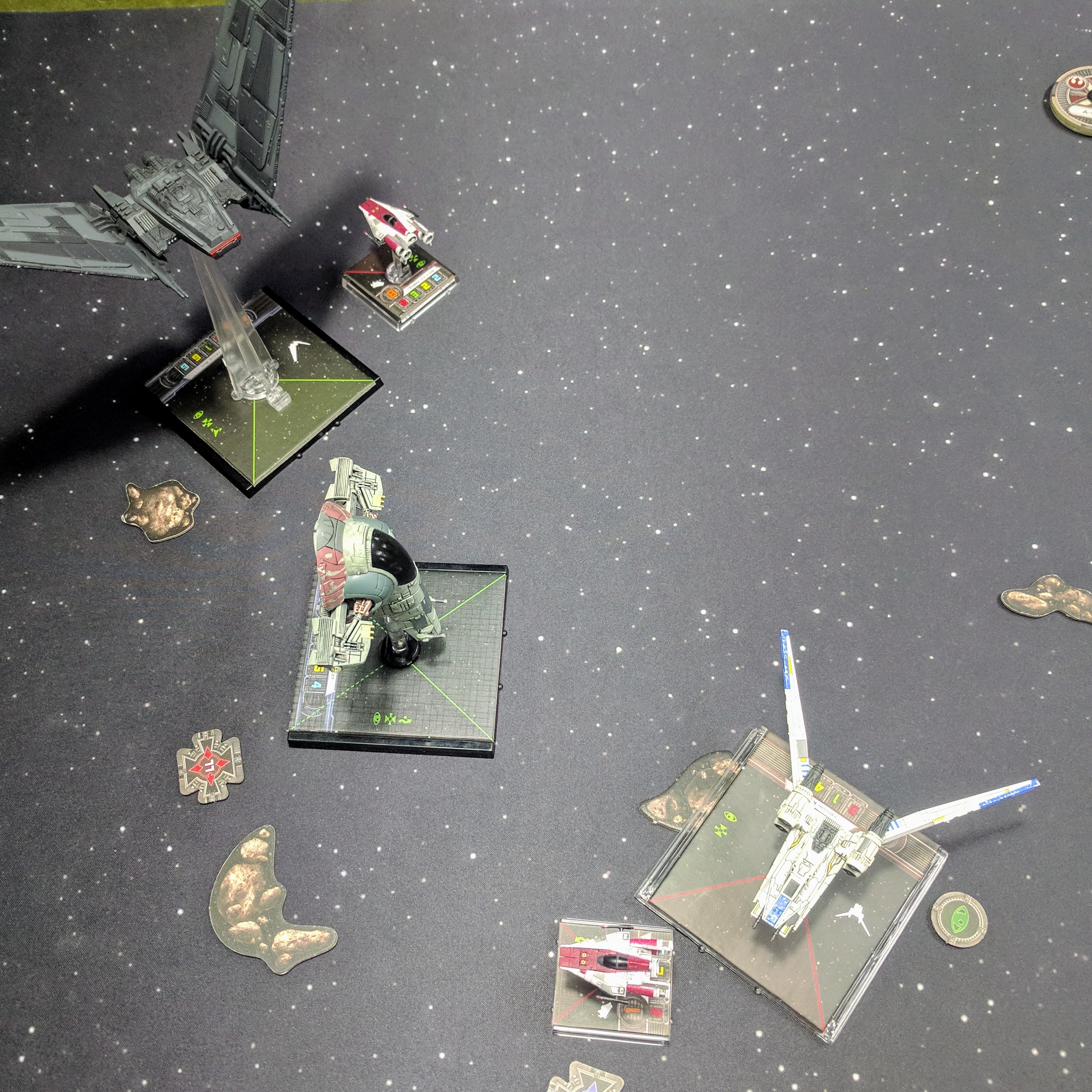 I’m a big fan of this archetype. The concept is simple: you take a bunch of janky, seemingly bad ships and throw them together and somehow you get a beautiful mess of a squad that can really ruin someone’s day. Start with the original trilogy Core Set, and that is important b/c you need Biggs Darklighter (yes, even after the recent nerf I think he is still very playable). Rebel TIE Fighter is a great for Captain Rex, the ARC-170, and the Wookie Azituck Gunship for Lowhhrick, the new Phantom II for action shenanigans (run Tactician on the Phantom II that you got from the Azituck while you’re at it). Since we’ve hardly spent any money, get an E-Wing for Corran Horn, because he pairs really well with Biggs and Ahsoka Tano. There are more great directions you can go with this, such as an U-Wing for the great crew upgrades, or the Heroes of the Resistance (primarily for Jess Pava) but the below ships are a great start for around $100. This is Rebel combo at its finest.

One of my main recommendations for a first time player looking to go Rebels is a Core Set and the Heroes of the Resistance pack (again, original Core Set for Biggs) From there you have lots of options, but I personally like the K-Wing expansion pack, the HWK-290, and the Scurrg H-6 Bomber. Yes, Rebel Captain Nym is just that good, and he pairs really well with Miranda Doni. At that point you might as well go all in on bombing and include the Ghost pack for Sabine Wren crew, bringing this to a total of $185 MSRP. Really though, this may be one of the best entries to the game of X-Wing in terms of the sheer number of competitive lists you will have at your disposal, and with the Scurrg and HWK-290, you have two Scum ships as well for when you decide to make that leap across factions (you still need to buy the Most Wanted pack for the HWK–290 cards/bases, but it’s a good pack by itself). Heck, if you want to go full on bombing, a reasonable purchase might be to pick up the new Resistance Bomber pack for Trajectory Simulator– it’s pretty amazing on Captain Nym.

Well, there you have it, folks! I hope you will take these suggestions to heart, or at least ask a friend who plays X-Wing, “what ship packs did you pick up first? Do you recommend going that route?” I firmly believe you can have tons of fun buying just about anything in X-Wing, but certain products like the above suggestions can be more fun and set you up for success. Happy flying, and may the Force be with you! 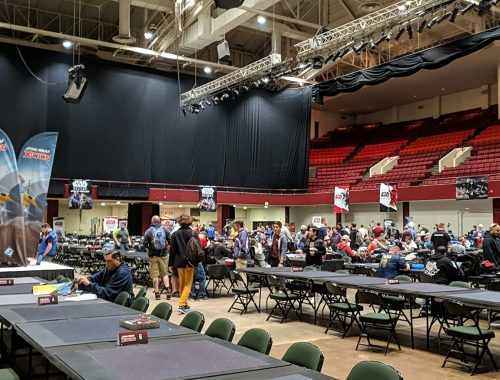