How to Choose a Faction for Warhammer 40,000

Warhammer 40,000 is a game with more than 30 years of history and even more playable factions. So how is a new player supposed to choose a faction to start with? If you’re getting into 40K, there is probably something that is the big selling point for you. Is it the models? The lore? The game? Whatever it is, let it help guide how you choose your faction in 40K.

If your interest in 40K is based on the models, think about what aesthetic interests you.

Do you want an army of monsters? If so, the alien Tyrannids or infernal Chaos Daemons may be up your alley. If mecha are more your thing, the futuristic battlesuits of the Tau or lumbering Imperial Knights (or their Chaos Knights counterparts) may be what you’re looking for.

If you want an army that would look at home on an old heavy metal album cover, Chaos Space Marines, Necrons, or Drukhari (aka Dark Eldar) have you covered. Or if you want an army full of 1980s action heroes, there are the Catachan Jungle Fighters of the Astra Militarum (aka Imperial Guard).

If you want sheer mountains of in-depth lore spanning the entirety of the game’s history, you want Space Marines or Chaos Space Marines. Space Marines have been at the forefront of 40K’s story since the beginning, and they are often the stars of 40K novels and video games.

On the other hand, if you don’t want to navigate huge amounts of lore and want room to write more of your own story, you could consider the Genestealer Cults. Because of most cults relatively short lifespans, no individual cult has an overload of existing lore that could conflict with the lore you create for your army.

If you would like a faction that has been around in-setting forever, both the Necrons and Eldar were traveling the galaxy before the extinction of the non-avian dinosaurs 65 million years ago. On the other hand, the Tau are new kids on the galactic stage, having been at a Stone Age level of development just a few thousand years before the current setting.

Games Workshop makes enough updates to 40K – adjusting rules or point costs – that no single faction will always be on top. Because of that, picking the strongest competitive faction requires frequently changing armies.

Instead, I recommend picking an army based on playstyle if you’re primarily interested in the game side of 40K. Find your army and learn it inside and out, because every army has its own powerful tricks. In terms of playstyle, most factions fit somewhere on three different axes: melee/ranged, mobile/tough, and elite/swarm.

On the melee/ranged axis, most armies skew pretty strongly to one end or the other. For example, Orks, Chaos Daemons, and many chapters of Space Marines (including Black Templars, Blood Angels, Space Wolves, and White Scars) and several legions of Chaos Space Marines (including Night Lords and World Eaters) favor melee combat. On the other end of the spectrum, Tau, Astra Militarum, Adeptus Mechanicus, Necrons, and several chapters of Space Marines (especially Dark Angels, Imperial Fists, and Iron Hands) prefer shooting their enemies from a distance.

Every army has some cheaper units and some more elite units, but nonetheless certain armies tend to flood the battlefield with cheap, relatively weak models, and others tend to bring fewer, more powerful models. Tyranid armies running swarms of termagants and hormagaunts occupy one end of the spectrum, along with platoons of Astra Militarum infantry and mobs of Ork boyz. At the opposite end of the spectrum are the Adeptus Custodes – the Emperor of Mankind’s personal guards – and Knights both Imperial and Chaos with a handful of mechs and no infantry.

A few factions have more specialized playstyles. Genestealer Cults rely heavily on trickery with how they deploy their forces and the Thousand Sons and Grey Knights have lots of psykers in their armies, for examples.

There are a few other factors to consider in choosing your army, including thinking about the things you don’t want to spend a lot of time doing.

If you don’t want to spend a lot of time painting, consider picking up a fairly elite army, especially one that is comparatively easy to paint. Adeptus Custodes are great for this. Even their basic infantry costs a lot of points, and the golden armor of their standard paint scheme can be painted pretty quickly. Necrons are another army that can be pretty quick to paint, as their main metallic colors can be painted and drybrushed without needing to slow down for a lot of fine detail.

Or if you don’t like painting human skin, it’s probably a good idea to stay away from Astra Militarum. Most of their infantry has exposed faces and hands (plus bare arms and abs for Catachan Jungle Fighters).

How I Chose My Army

As an example of how you can put this into practice, I’ll share the process I used to choose my army.

To start with, my biggest interest in 40K is in the models, painting, and terrain, followed by the lore. I care more about having cool-looking battles than in winning games, so I started by looking at what factions I liked the aesthetics of. I wanted something fairly sleek as opposed to gritty, and looking through factions, I liked the look of standard Space Marines, Thousand Sons Chaos Space Marines, and Craftworld Eldar.

From there I started narrowing things down. Lorewise, I didn’t get the paint schemes for Craftworld Eldar, so I crossed them off the list. Looking at Thousand Sons, I loved the kits that are exclusive to them, like Rubric Marines and Scarab Occult Terminators, but the models that they share in common with other Chaos Space Marines didn’t fit the same aesthetic in my opinion, so I crossed them off the list.

That left me with Space Marines, but they’re a really broad faction, and I needed to narrow things down. I decided I wanted to create my own lore instead of relying on the history and themes of a canon chapter of Space Marines, and I finally decided that I wanted a mobile melee playstyle.

Put all of that together, and I made the decision to build a custom chapter of Space Marines, successors of the White Scars chapter.

That’s all for now. In my next article, I’ll discuss what you need to get started with Warhammer 40K. 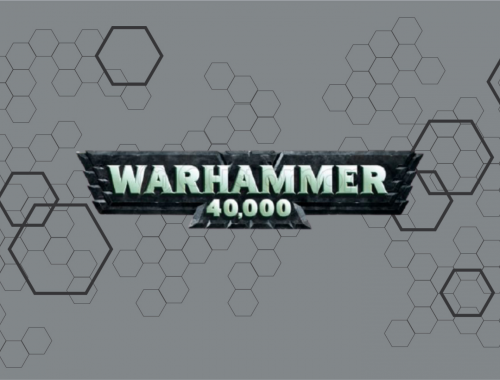 The Village Geek adds Warhammer 40,000 to its gaming community