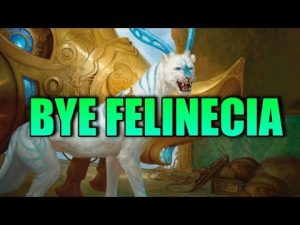 Thanks to the Cat-Ban last week the Amonkhet Standard format looks to be a more open deck-building environment. Mardu Vehicles may still be at the top for now but I think that will change as the format progresses. I am excited for week one of this new format and have been tweaking a RB Aggro list since pre-release weekend.
The list started as a Vampires/Madness deck but there are so many good reasons now to drop the tribal theme and go for RB aggro. There are more efficient creature options now with the addition of Bloodrage Brawler and Bone Picker. Bone Picker will hopefully always be cast for one black instead of the printed casting cost. Flameblade Adept rewards our discard outlets as well as our inclusion of the new RB cycle land Canyon Slough. Cut // Ribbons is a great addition as well. Cut is great in the early game to clear a blocker out of the way. Ribbons can be cast later to finish off our opponent. Painful Lesson is used over Painful Truths because in some corner case it could be used as a Shock effect to finish off our opponent. The mana base is pretty basic but the deck is only two colors so nothing fancy is needed.