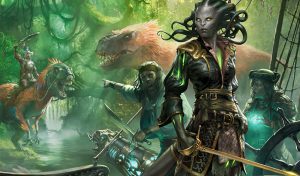 We just finished week one of our Ixalan Sealed League at The Village Geek. Sealed League is a bit different from other sealed format tournaments. Sealed League lets each player begin with 3 packs instead of 6 and you are expected to build a 30 card deck instead of the normal 40. It can be a bit challenging to open up your 3 packs week one and try to figure out how to make a coherent deck. Let’s cover a few tips that I hope can help anyone jumping in to their first sealed league.

Have any other useful tips? Leave them in the comments.