Commander has become my favorite way to play Magic: the Gathering. I play so many formats in Magic but this one has risen to the top for a few reasons. I think these reasons will entice you to come join us on a Thursday night and try some commander games.

1. The singleton deck construction makes every game just a little different. The variance in commander can be quite a bit higher than other formats with their deck construction rules. I prefer to not run a lot of tutor effects because I like the variance. With my 99 card decks I like to see the maximum number of different cards each game. It makes each game a unique challenge and I enjoy that. 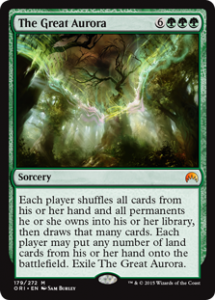 This is so much fun to cast late in a game!

2. Games last longer which means you can cast more powerful and interesting cards. Lots of cards in the game do cool things but their mana cost keeps them from being cast in any other format. Commander games offer a long enough gameplay to allow for those cards to be cast.

3. Multiplayer games with friends are just a more fun and social way to play. I love getting together on Thursday nights at the store with my friends. We gather around the table up front, shuffle our decks, and start slinging spells and the occasional insult. It’s the most enjoyable part of my week.

Games are varied, powerful, and social. These are the top three reasons I can give you to come try playing commander. It’s a great format and if you just want to try it out there is always someone with an extra deck to lend you. 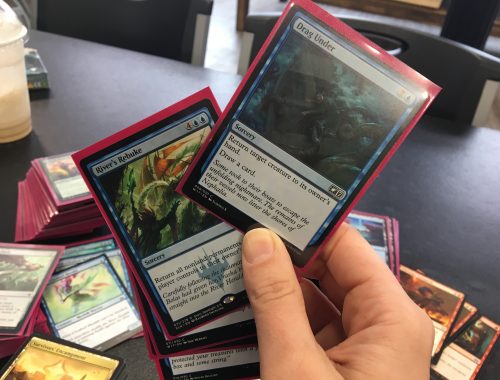